Originally published on Pixelitis.net on February 7, 2014.

A bombshell of a news story came out of this week that undoubtedly surprised fans of Resident Evil and Onimusha alike. One of the series’ composers, Mamoru Samuragoch, didn’t actually write any of the music.

Find album reviews, stream songs, credits and award information for Resident Evil: Music From and Inspired By the Motion Picture - Various Artists on AllMusic - 2002 - A soundtrack inspired by a movie inspired by a&hellip.

Samuragoch (birthname Samuragochi), who was originally thought to have composed the soundtracks to both 1998’s Resident Evil: Director’s Cut DualShock Ver. for PlayStation and 2001’s Onimusha: Warlords for PlayStation 2 and Xbox,has recently admitted through a spokesperson that he had actually hired a ghostwriter to do his work for more than 15 years. The composer has been hailed as “Japan’s Beethoven” by Time Magazine back in 2001 for his purported hearing loss in the late 90s.

The story gets even juicier when the ghostwriter, revealed to be Takashi Niigaki, publicly questioned Samuragoch’s supposed deafness.

It’s important to note that some online publications are erroneously reporting that Samuragoch had hired Niigaki to compose Resident Evil: Director’s Cut. In actuality, it was the 1998 DualShock version of the Director’s Cut, which features a vastly different soundtrack from the original 1996 release of Resident Evil and its subsequent 1997 Director’s Cut.

Allow me to show you just how different it is.

The DualShock versionof the Resident Evil: Director’s Cut soundtrack, to put it bluntly, pales in comparison to the original work put out by Makoto Tomozawa, Akari Kaida, Koichi Hiroki and Masami Ueda. I’m not even sure how the revised score got approved by Capcom, or why the publisher even felt the need to alter the soundtrack at all.

So why was the DualShock soundtrack such a letdown? As you will hear, a lot of the rewrites change the mood completely, oftentimes even spoiling the game’s atmosphere with poor instrumentation and disjointed transitions.

Although the DualShock version is the only PS1 copy of Resident Evil I’ve played through completely, I knew something was off when I heard this music play while exploring the zombie-ridden second floor of the Spencer Mansion. Whereas the original track can make one feel uneasy with its brooding qualities, the DualShock version eschews that for something else.

The revised piece feels a bit more melancholic, which does admittedly fit with the idea that the mansion was once inhabited by scientists just looking to make a living. Nevertheless, the delivery feels off. The piece is filled with awkward pauses, which makes it seem as if the composer didn’t know where to take it.

“Death Trap” plays when Chris Redfield or Jill Valentine gets stuck in the room with the collapsing ceiling. While both tracks here capture the intensity of the moment, the original’s faster tempo and rapid high-pitched bursts are much more pulse-pounding than the oddities within the latter. The DualShock version’s erratic drumming is fitting given the situation, but the two high-pitched notes that alternate here are incredibly grating on the ears.

The dissonance found within all the instruments in the original theme for Wesker perfectly captures the whole idea of him being a maniacal backstabber. If the aim of the DualShock version was to ruin all of that and make Wesker out to be a hokey, over-the-top Saturday morning cartoon villain, then it most definitely succeeded.

As cheesy as that was, however, nothing will prepare you for the following .

The sharp, Terminator-esque ORCH5 samples of the original basement theme freaked out many a RE1 player when they set foot in the mansion’s basement for the first time. Not much occurred in the basement, but you can bet that the menacing background music kept people on their toes.

So what were players met by when they set foot into that same location with their vibrating DualShocks in hand? A collection of random, blaring horns akin to the sound of flatulence.

I’m really not sure what Samuragoch and Niigaki were going for here, but the differences between the two are so vast that it’s puzzling why they couldn’t replicate the frightening sounds of the original.

There are rare moments where the DualShock Ver. does deliver, particularly with darker tracks like “Mansion First Floor” and “Where’s Wesker?” but as a whole it’s an embarrassing mess. One could say that the re-orchestratedsoundtrack adds to the campiness already ushered forth by the game’s hilariously bad voice acting. I most certainly agree with that. But even so, the game still had it’s fair share of genuinely creepy moments, so for the soundtrack to completely miss the mark is disappointing.

Currently, the only way for North American fans to experience the original RE1 soundtrack is to buy the original in its gloriously old-school PS1 box or to seek out the black-label, non-DualShock version of Resident Evil: Director’s Cut.

You may recall that RE1 was re-released on PSN. The North American PSone Classics re-release of Resident Evil: Director’s Cut is in actuality the DualShock version of the game, even though it boasts the original Director’s Cut box art and doesn’t mention the difference anywhere in the game’s description. European PSN users on the other hand, got the DualShock-less version, with original soundtrack intact. I clenched my teeth in jealousy as I typed that.

As someone who was ecstatic to finally play the original Resident Evil after being obsessed with Resident Evil 2 as a kid, I have to say that I was immensely bummed that my first full experience with the game was with a soundtrack that didn’t fit the game’s vibe.

With the recent revelation about the alleged composer of the soundtrack now coming to light all these years later, perhaps this infamous soundtrack was just slammed by some absurd form of poetic justice. 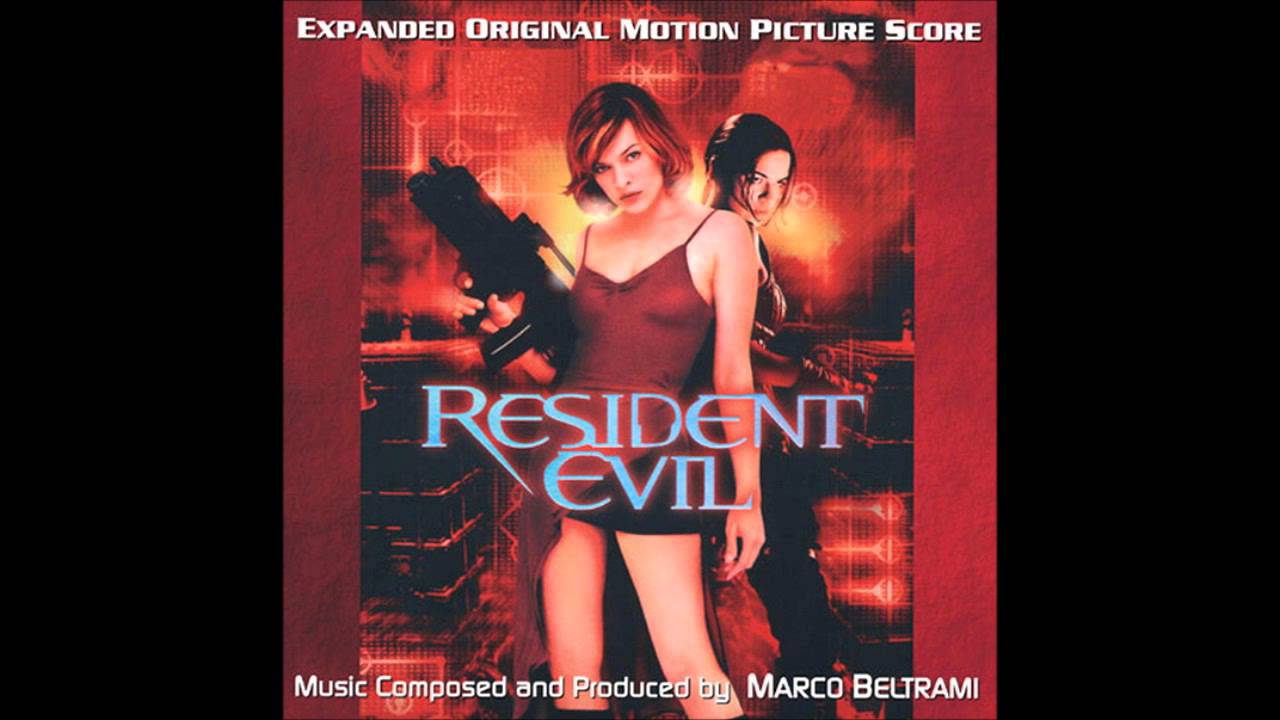 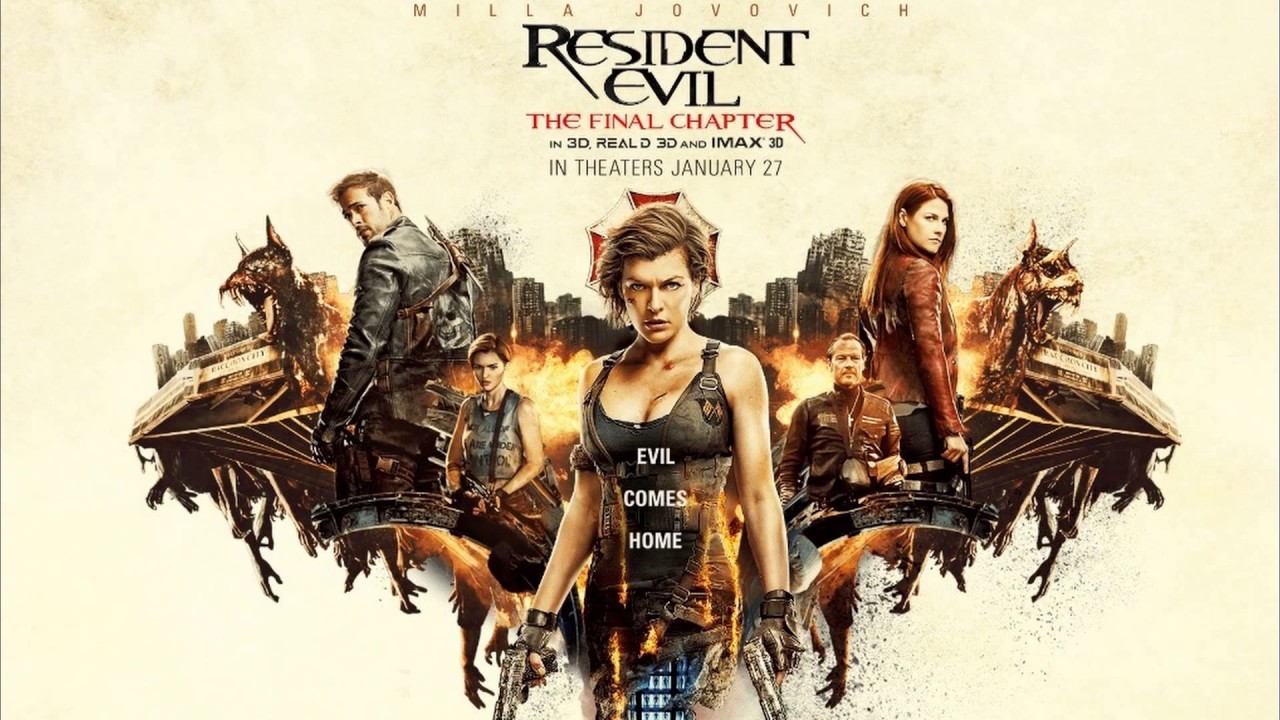 fav game throughout my childhood

Comment by I may or may not kin Kokichi and Nagito

felt that lmao, i prefer the games big time

Comment by I may or may not kin Kokichi and Nagito

YESSSSSSSSSSS I PLAY THE GAMES AND DESPISE THE MOVIES, BUT THIS IS GOOD.

play this at me funeral

I think someone made this virus who supports hollywood

@arawak-negus-ouroboros yeah. I think there is still time. this virus isn't in its full potential

@nebirius-xilioan me too. just enjoying this song when I'm alone in a dark area

love the song but movie was kind of ..... can't tell which is starting and ending except the last movie which called as end 😂

love the song but the movie franchise sucked big time 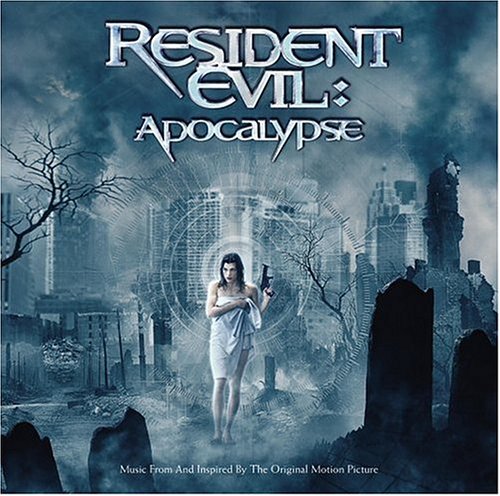 I love Marilyn Manson and Biohazard so much.

doesnt get old, still makes me feel surrounded by zombies